Re-live one of the most popular games of the 1980s

Digger is the classic arcade game remastered for your Mac, iPhone and iPad.

Digger is similar to the other popular DOS games like Pac-man, Mr. Do! and Dig Dug. You are placed in an underground maze and can dig horizontal and vertical tunnels through it. At various points on the board are emeralds and bags of gold. Monsters (initially in the "nobbin" form) appear at the top right-hand corner. If earth is excavated from under a gold bag, then the bag will wobble for a few seconds and then drop releasing gold. Falling bags will squash monsters, but they will also squash the digger. The digger has a weapon, which fires in a straight line, but takes several seconds to recharge (taking longer as the levels go higher).A level ends when all the emeralds are gone or all the monsters have been killed. 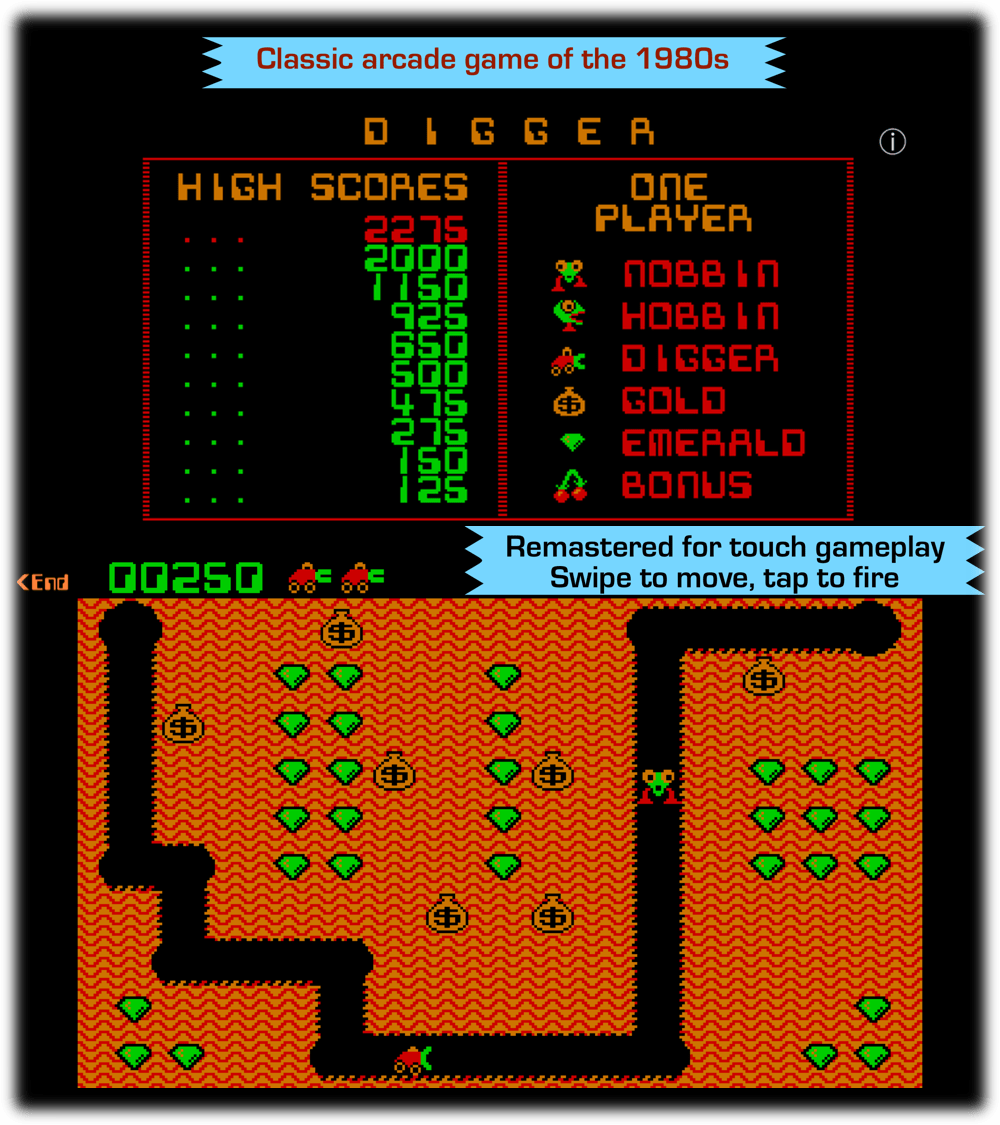