DiskMark is extremely simple to use and invaluable if you work with any USB drives (flash or external harddisks). And, a history of benchmarks lets you quickly compare your own drives. 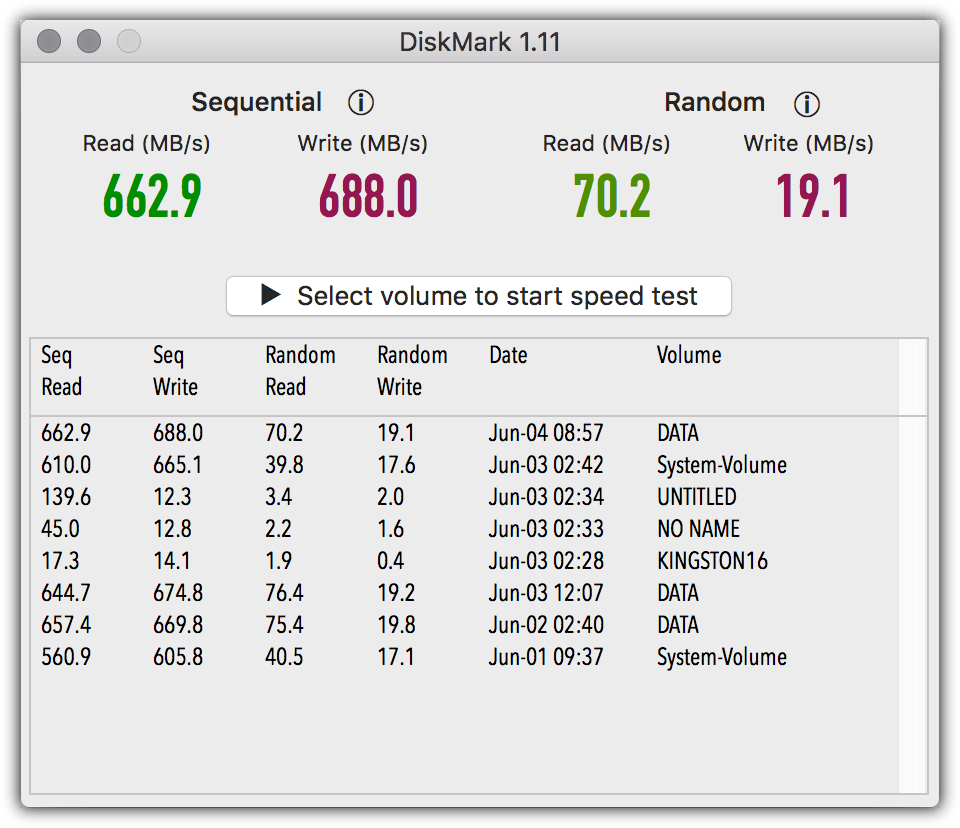 Why should I benchmark the performance of my disks?

Most newer MacBooks and iMacs come with solid state hard drives which are incredibly fast atleast when running normally. Using DiskMark you can see if the performance deteriorates due to age or due to bloatware on your system.

Your external hard disks and flash drives might have multiple factors affecting their performance which should be monitored closely. The single most important thing you should do is ensure you are using USB 3.0 or USB 3.1 devices. Newer technologies such as UASP are coming out often that squeeze out every last ounce of performance out of your external storage devices.

What are sequential speeds?

These speeds are what you would expect when copying/moving large files. This is the best performance you should expect from your disk. Typical speeds (MegaBytes per Second): Sequential write speeds on flash devices are usually much slower.

These speeds are what you would expect when working with complex programs that deal with a lot of files. Diskmark uses thousands of 8 KB files to test this performance - this is the lowest performance you should expect from your disk. Typical read speeds (MegaBytes per Second): Random write speeds are usually half of random read speeds.